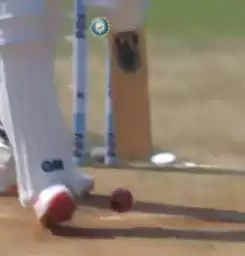 The Marylebone Cricket Club (MCC) on Wednesday introduced a gender-neutral term "batter" and "batters" in place of "batsman" and "batsmen" in the laws of the game. The change in terms will be effective immediately. The MCC, custodians of the laws of cricket, called the amendments "an essential part of MCC's global responsibility to the sport".

"MCC believes in cricket being a game for all and this move recognises the changing landscape of the game in modern times," Jamie Cox, MCC assistant secretary (cricket and operations), was quoted as saying in a note on www.lords.org. "Use of the term 'batter' is a natural evolution in our shared cricketing language and the terminology has already been adopted by many of those involved in the sport.

"It is the right time for this adjustment to be recognised formally and we are delighted, as the Guardians of the Laws, to announce these changes today."

MCC has today announced amendments to the Laws of Cricket to use the gender-neutral terms “batter” and “batters”, rather than “batsman” or “batsmen”.