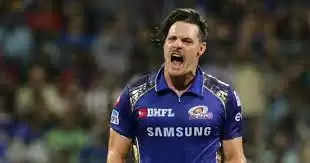 New Zealand pacer Mitchell McClenaghan termed the ongoing India-New Zealand T20I series as 'meaningless', a remark that left Indian fans in fury. New Zealand has lost both the matches played so far as India sealed the series with the second on Friday.

While replying to a fan, McClenaghan stressed that New Zealand toured India 72 hours after losing the T20 World Cup final vs Australia and had to play three games within a span of five days. He also reminded the fan that India enjoyed a 10-day rest after their exit from the World Cup.

Did they? You mean in meaningless series 72 hours after a WC final defeat with 3 games in 5 days playing a team with 10 days rest in their home conditions? https://t.co/jldmmH58YZ

New Zealand lost the T20 World Cup final against Australia on November 14 in Dubai and had to play the first T20I in India three days later on November 17 in Jaipur.