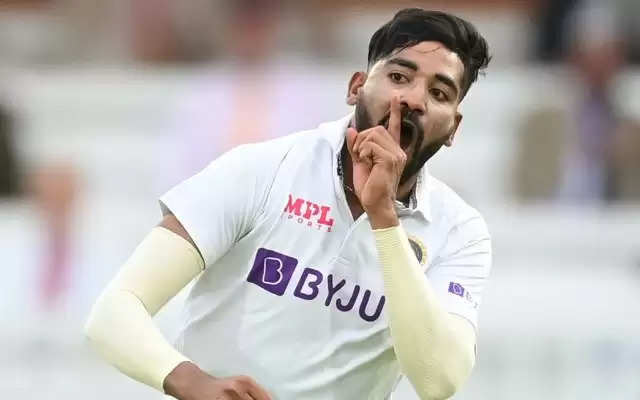 India's pace bowler Mohammed Siraj, who played a key role in India's historic 151-run win over England in the Lord's Test opened up on not being selected in the squad for the T20 World Cup. The prestigious ICC event is scheduled for October-November this year in the UAE and Oman.

“Well, selection is not in our hands. It was certainly a dream to play in the T20 World Cup. But, again, that is not the end of it all. I have many more goals — the biggest being to play a lead role in helping the team to win matches," Siraj told Sportstar.

“I will take things as they come because I believe in destiny and be content in whatever opportunities I get even as the pursuit for excellence at the highest level continues," he added.

Siraj made his Test debut in Sydney against Australia, and during the recent tour of England he managed to shine while helping his side take a lead in the series.

“The England tour was a great experience by any stretch of the imagination. I am glad that I could repose the faith of my captain Virat bhai, head coach Ravi Shastri, the support staff and the entire team," said the 27-year-old.

Siraj said that sharing the ball with the likes of pace stalwarts Ishant Sharma and Mohammed Shami was a great experience.

"Definitely, bowling in tandem with big names like Shami bhai, Ishant bhai and Jasprit (Bumrah) bhai is a huge learning curve for me. They were so supportive and always came up with invaluable tips to keep improving my bowling,"  Siraj added.