"Never Felt Like It Was Out Of Our Grasp": Says Daryl Mitchell On T20 World Cup Semi-Final Win Over England!! 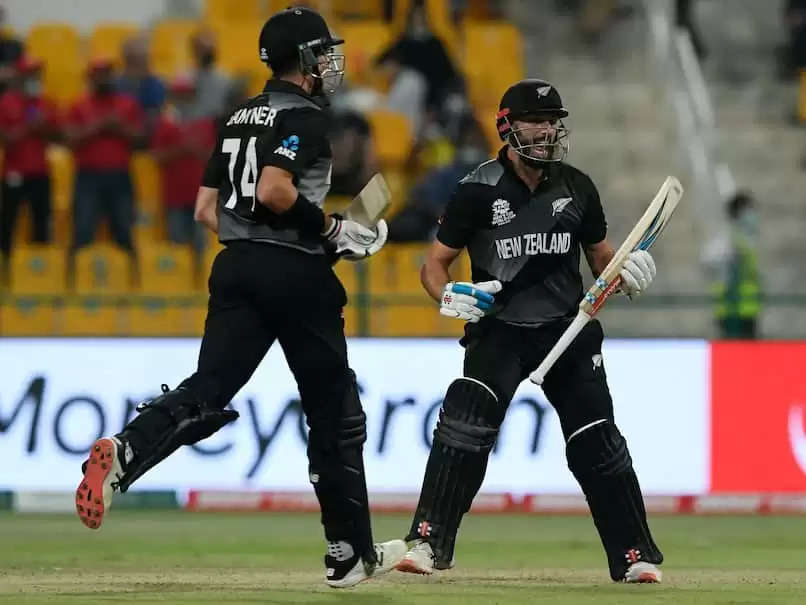 Opener Daryl Mitchell smashed an unbeaten 72 with an 11-ball 27 to help New Zealand chase down their target of 167 in 19 overs in Abu Dhabi on Wednesday said it was "awesome" to play a leading role in New Zealand's five-wicket win over England who smashed four fours and four sixes in his 47-ball blitz.

"Look, we're a bunch of Kiwis. There's only five million of us, so we're obviously very proud to be representing our country," said the man of the match Mitchell.

"We've had some success in the last few years. We're going to enjoy the win tonight but then we move on pretty quickly.

"We know that we have a final on Sunday, and whoever we're taking on should be good fun."

New Zealand will take on Australia or Pakistan in the title clash on November 14 in Dubai.

"It's obviously a great honor to represent my country at a World Cup," said Mitchell. "If you said this five, six years ago I would have laughed at you, so to be here sitting right now is awesome."

Earlier New Zealand was in early trouble at 13-2 with Martin Guptill and skipper Kane Williamson back in the pavilion.

Mitchell said at no point did he believe the target was out of reach.

"No, it probably sounds weird, but it never felt like it was out of our grasp," said Mitchell.

"I think especially with that smaller side boundary on one side, we knew that there were going to be matchups there that might suit us towards the end.

"I thought the way that 'Neesh' came out and really dominated that one over really set the momentum heading into those last few, so yeah, take my cap off to him. He played a hell of a knock."