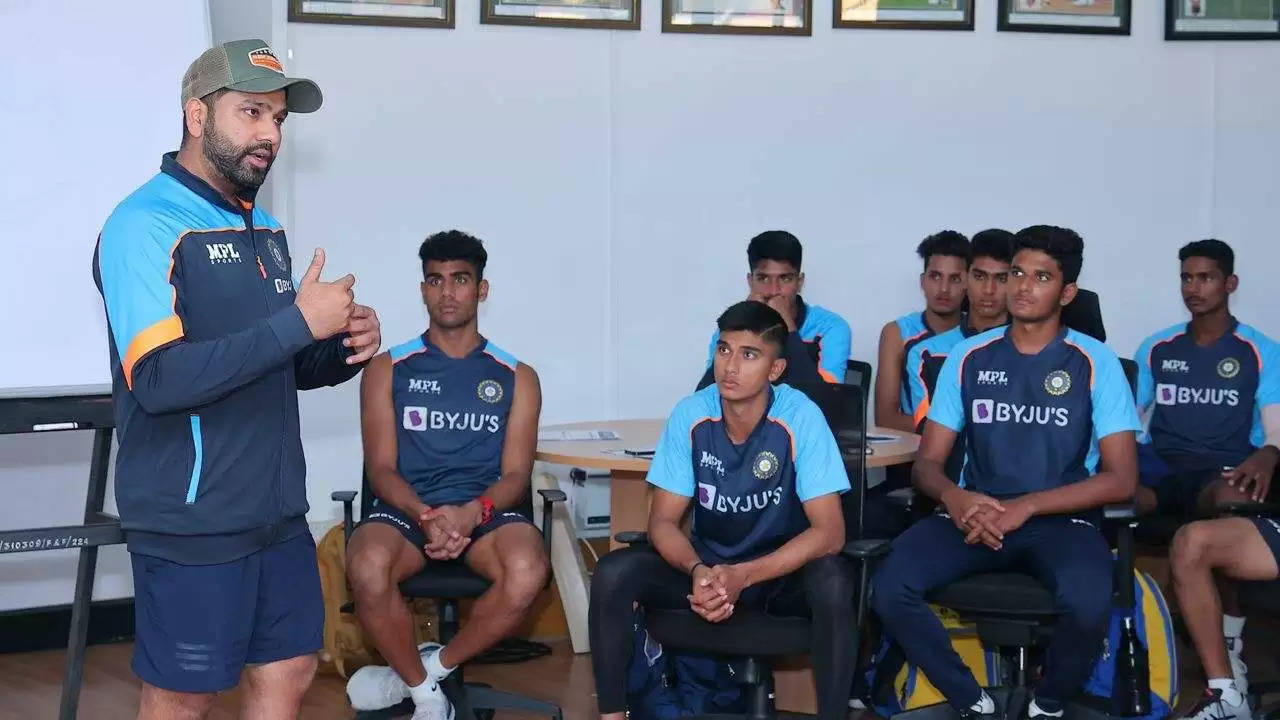 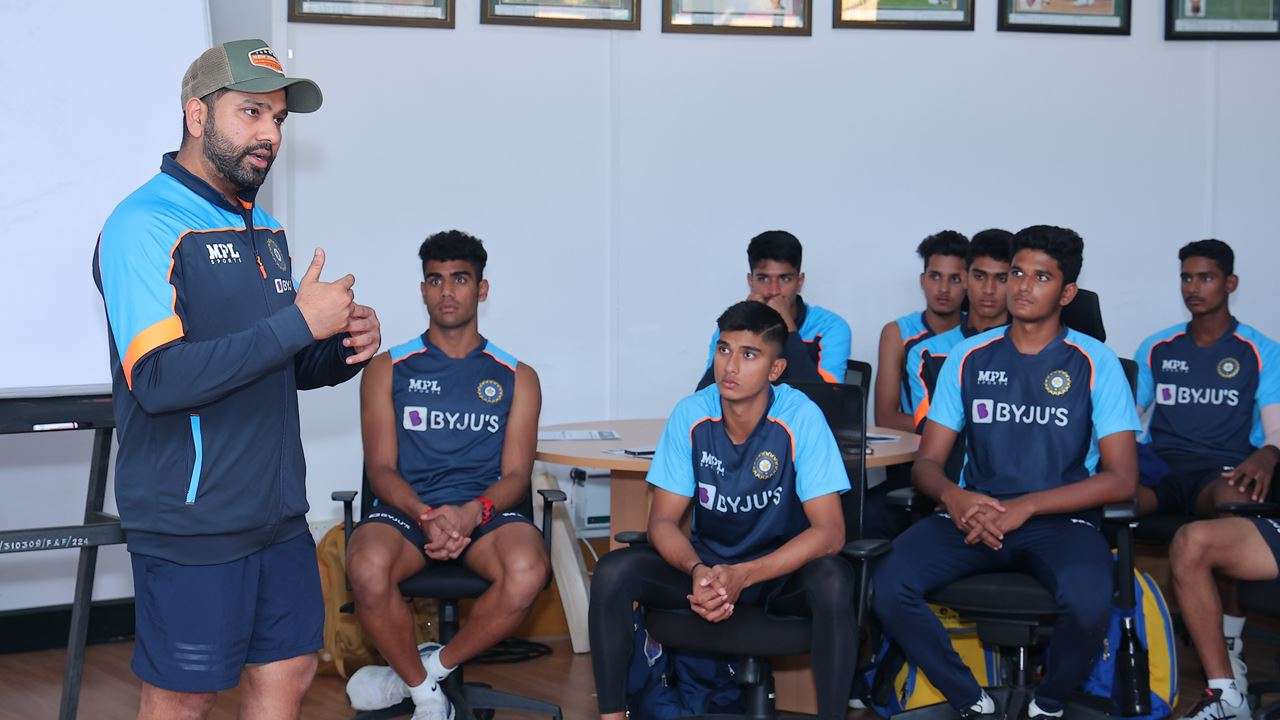 Rohit however, is already on the road to recovery, which will be his first assignment since being named as the permanent ODI captain.

On Friday morning, BCCI has shared the ODI skipper’s pictures on Twitter, wherein the batsman can be seen interacting with India’s U-19 cricket team.

Sharing the images via their official handle, BCCI wrote, “ Priceless lessons, India white-ball captain @ImRo45 made most of his rehab time as he addressed India’s U19 team during their preparatory camp at the NCA in Bengaluru.”

The U19 team is already at the NCA ahead of the upcoming ACC U19 Asia Cup, which kicks off on December 23 in UAE. Delhi’s Yash Dhull, who is also part of the camp, will captain the side.

Surely, the young guns would have enjoyed taking the expensive lessons from the only batsman in the ODI format to score more than 200 runs on three different occasions.