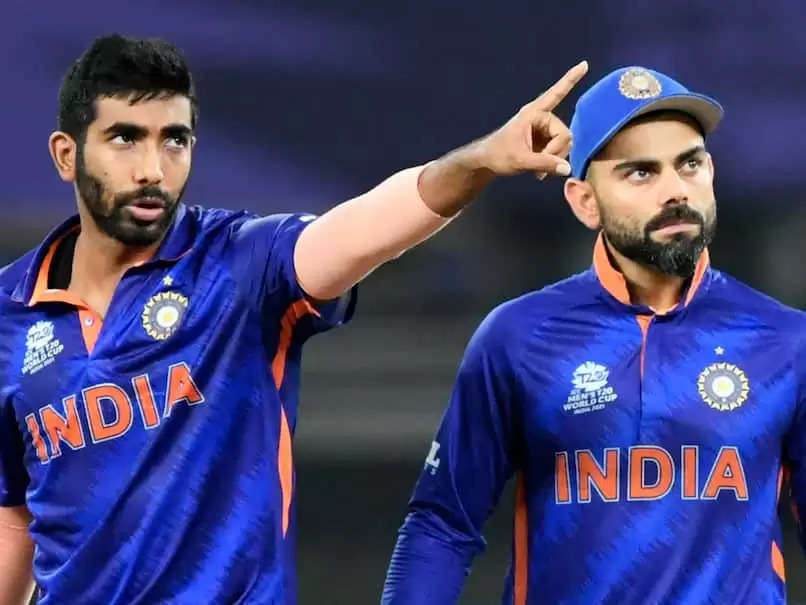 India crashed to an eight-wicket loss against arch-rivals Pakistan, India once again suffered a huge blow on Sunday after they got beaten by an inspired New Zealand side in ICC T20 World Cup 2021 encounter in Dubai.

Indian captain Virat Kohli on Sunday said his team was not brave enough with the bat, ball and in its body language

"We didn't have much to defend but we weren't brave when we walked out to field."

The defeat will once again raise questions over Kohli's leadership.

"So there's always going to be more pressure with our games and we've embraced it over the years. Everyone who plays for India has to embrace it. And when you cope together as a team you overcome it and we haven't done it these two games.

"Just because you're the Indian team and there are expectations doesn't mean you start playing differently. I think we're fine, there's a lot of cricket left to play," Kohli added, referring to the three remaining group games that the team must win to stay in contention.

New Zealand captain Kane Williamson guided his team in the easy chase and was unbeaten on 33 when the winning runs were hit. Opener Daryl Mitchell top-scored with a 35-ball 49.

"There's always planning to go into games. But a fantastic all-around performance from us against a formidable India side. We were able to build pressure throughout and the way the openers came out really set the platform," Williamson said.

"The balance of our attack has two spinners in it, I think the collective unit was impressive, the way they kept passing the baton. We saw some very good signs in our first match as well and we built on that.

"Look you play against such strong teams all the time, for us, it's about playing our game. Ish is an outstanding T20 bowler, white-ball bowler in particular. He's been a big part and played in a number of competitions, and in these conditions, the spin will play a part."