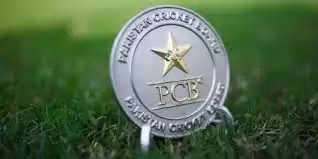 The New Zealand cricket team abandoned their tour of Pakistan last week citing a security threat. The NZ team who have safely returned home said they were aware of a 'specific and credible' threat but restrained from giving details.

On Wednesday, Pakistan's Information Minister Fawad Chauhry alleged that a threatening email to the New Zealand cricket teaam created pressure on the kiwis to call off the tour to Pakistan was sent from India. Minister Fawad Chaudhry said the threat had come via an email.

"This email was generated from India through a VPN showing the location of Singapore," Chaudhry told reporters in Pakistan's capital.

India's foreign ministry did not respond immediately to request for comment. Nuclear-armed neighbours and arch-rivals Pakistan and India regularly blame each other for acts of violence, charges each government denies.

Chaudhry added that the West Indies team, due to arrive in December, had also been sent a threat that he said was fake.

"It is not new for Pakistan to engage in baseless propaganda against India. Pakistan would do well to expend the same effort in setting its own house in order and taking credible and verifiable action against terrorism emanating from its soil and terrorists who have found safe sanctuaries there," Ministry of External Affairs spokesperson Arindam Bagchi said in July.