Ravichandran Ashwin, Hails Former India Captain Rahul Dravid For His Hard Work With U-19 Side!! After the hosts defeated New Zealand by five wickets in the first T20I of the three-match series in Jaipur on Wednesday. Ravichandran Ashwin heaps praise for head coach Rahul Dravid acknowledging the hard work Dravid had put in before climbing up the ranks in Indian cricket. 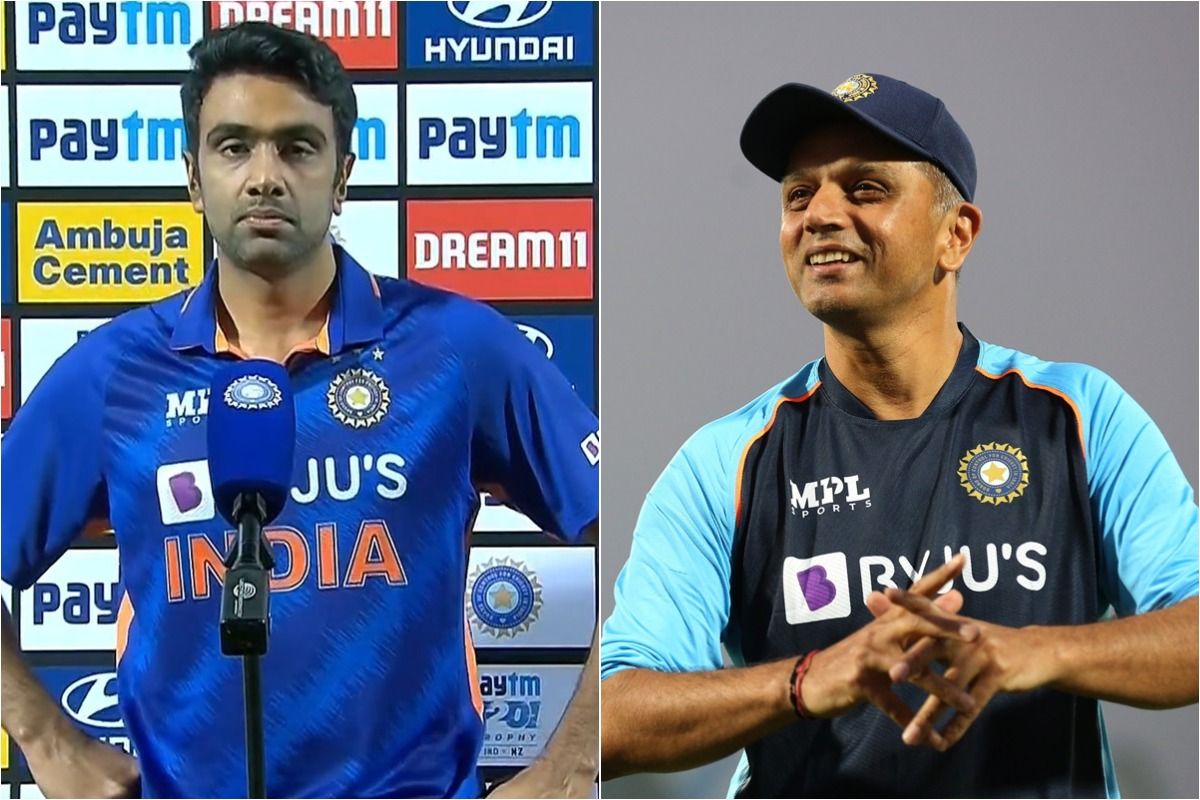 India’s senior off-spinner Ravichandran Ashwin urged cricket fans to give some “breathing space” to the new head coach before passing on any verdict. After 1-0 lead in the three-match series against Black Caps Men in Blue begin the Rohit Sharma-Rahul Dravid era on a vigorous note.

“He won’t leave much to chance, and he’ll be all about preparation and process so that we can bring the happiness back into the Indian dressing room,” Ashwin added.

Meanwhile, Ashwin dent New Zealand by picking up wickets of Mark Chapman and Glenn Phillips in a single over.

Along with him, experienced pacer Bhuvneshwar Kumar restricted the visiting team to 164/6 in 20 overs.

“It’s tricky in T20s, you can’t miss your lengths and you don’t know when to toss it up but here it did help to give it some air. It was a slightly under-par score and we thought 170-180 would be par”.

“We thought we would cruise home around the 15th over, but that’s T20 cricket for you. I bowled the first over in the powerplay, and figuring out the pace to bowl is important and it took me some time to figure that out. It’s about varying to pace and knowing when to vary it”.