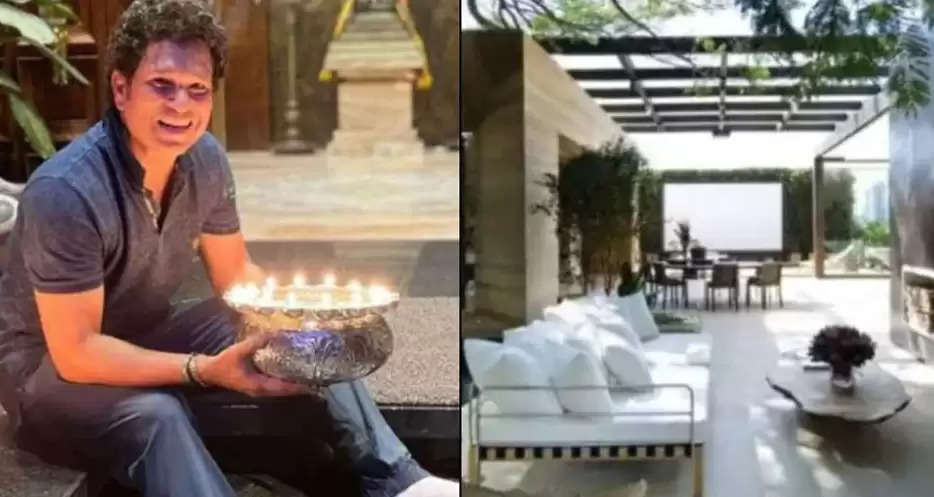 Former Team India's batting legend Sachin Tendulkar is among the richest cricketers of the country. Sachin's house is on Perry Cross Road in Bandra West where he lives with his entire family. Tendulkar bought his dream home in 2007 for Rs. 39 Crores. It took around 4 years for the construction of the house and the family finally moved in in 2011.

Sachin Tendulkar's house is often a hot topic of discussion. Currently, the cost of this house is approximately Rs. 100 Crores and spreads over 6,000 square feet.

The beautiful bangalow has an exquisite garden where one can find rarest of plants from all over the world, while the building itself has multiple floors and two basements.

There is a magnificent temple in the house as the Tendulkar family holds strong religious beliefs. Everything from the interior to the furniture of the house has been designed in a very special way while the entire house is built according to Vastu.