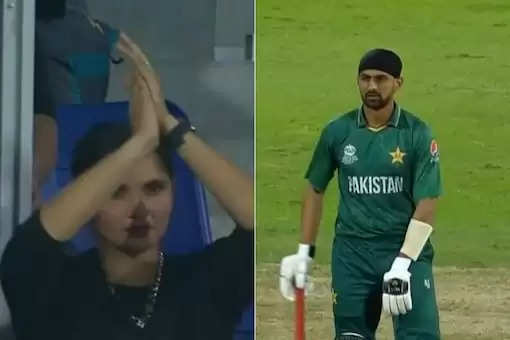 Former captain Shoaib Malik on Sunday scripted history by smashing the fastest-ever half-century for Pakistan in the history of the T20 World Cup.

He smashed six sixes and a boundary to score an unbeaten 54 off 18 deliveries to help Pakistan post 189 for 4 in 20 overs against Scotland.

Malik not only stitched a crucial 30-run stand with captain Babar Azam (66) for the fourth wicket and then showered some colossal sixes all around the park in the 16th over.

After a massive six, his wife and Indian tennis star Sania Mirza was seen cheering for him in the stands. 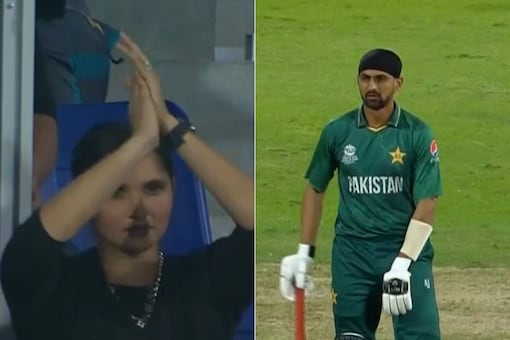 Men in green limited their opponents by setting a huge 190-run target for Scotland and won their final Super 12 game by 72 runs.

Malik also equaled the record of third-fastest fifty held by KL Rahul and Glenn Maxwell followed by Netherlands’ Stephan Myburgh holds the record for the second-fastest half-century as he scored 52 off 17 balls against Ireland in the 2014 edition.

Malik bagged the player of the match award for his stellar performance.

“Yes, I’m in good form but I want to see myself more consistent to help the team. Overall, I feel fit. It is going to be a big game and we have to give our best shot,” said Malik in the post-match presentation ceremony.

Pakistan will now face Australia in the semi-finals on Thursday in Dubai.