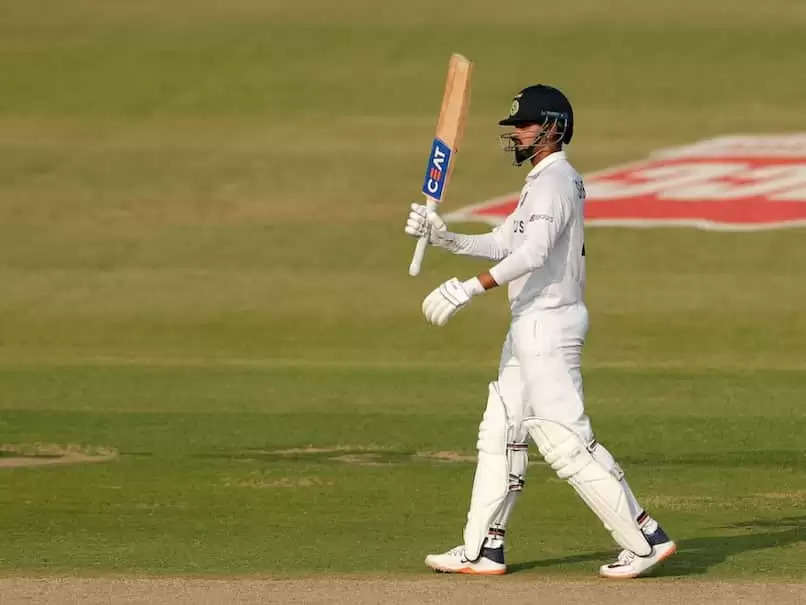 The right-hander Debutant star Shreyas Iyer slammed his maiden Test century on the second day of the India Vs New Zealand first Test at the Green Park in Kanpur on Friday and became the 16th Indian to score a century on Test debut after Prithvi Shaw.

Iyer, cherished the moment of receiving his Test cap from the legendary Sunil Gavaskar on Thursday and became the third Indian to score a ton on Test debut against New Zealand after Kripal Singh and Surinder Amarnath.

The 26-year-old hit as many as five fours off Kyle Jamieson.

Ravindra Jadeja, put together a century stand with Iyer to bring India's campaign back on track on Day 1, was cleaned up by Tim Southee with a beautiful in-dipper. But Iyer, at the other end, kept finding the boundary on regular intervals, forcing Kane Williamson to at times set a defensive field when he was on strike.

“The bench is strong as far as Indian cricket is concerned. This might be Sheyas Iyer's first Test but he is an established international cricketer (in white ball). He knew when to attack. When to be a little subdued. What was really good to see was that he did not compromise on natural game.

“The last first class match he had played was almost two years back. The toughest challenge for a youngster is the transformation from red-ball cricket to white-ball cricket. The temperament is different, the shot selection is challenged. Iyer absorbed the pressure and showed what a strong character he is," Laxman said on Star Sports.