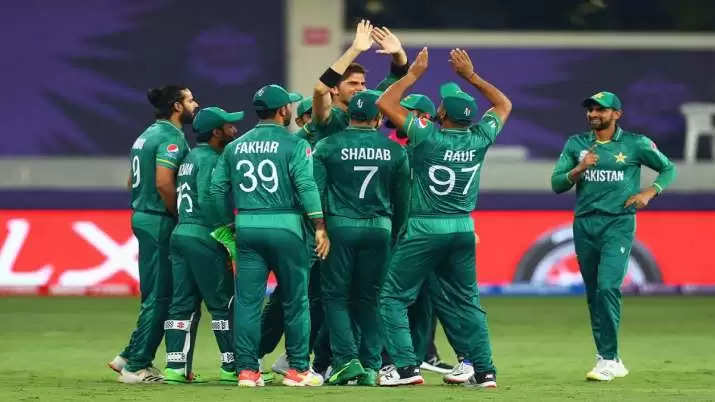 Yet another brilliant performance by the Pakistan team as the side crushed Namibia to seal a place in the semi-finals on Tuesday at Sheikh Zayed Stadium.

Pakistan after winning the toss opted for a different route and chose to bat first, and with the same confidence they continued to dominated the match. Mohammad Rizwan (79 off 50 balls) and skipper Babar Azam (70 of 49 balls) proved the duo can single handedly win a match. However, it had been the brilliant performance of Mohammad Hafeez who contributed 32 off 16 balls to set a 189-run total.

Pakistani bowlers too proved to be controlling in Namibia's chase to a 190-run target. Namibia lost wickets on regular intervals that restricted the side to chase the target and succumbed at 144 at the loss of 5 wickets.

Babar Azam stated that they started the campaign on a positive note and are just carrying on their form. Against Namibia, they had a different plan as they chose to bat first, they started slowly and made sure to take it deep. Azam also praised Hafeez who had performed brilliantly.

Namibia skipper Gerhard Erasmus complimented Pakistan who looks like serious title contenders. He stated that the road ahead is not easy as they have New Zealand to face next and they are a great side.