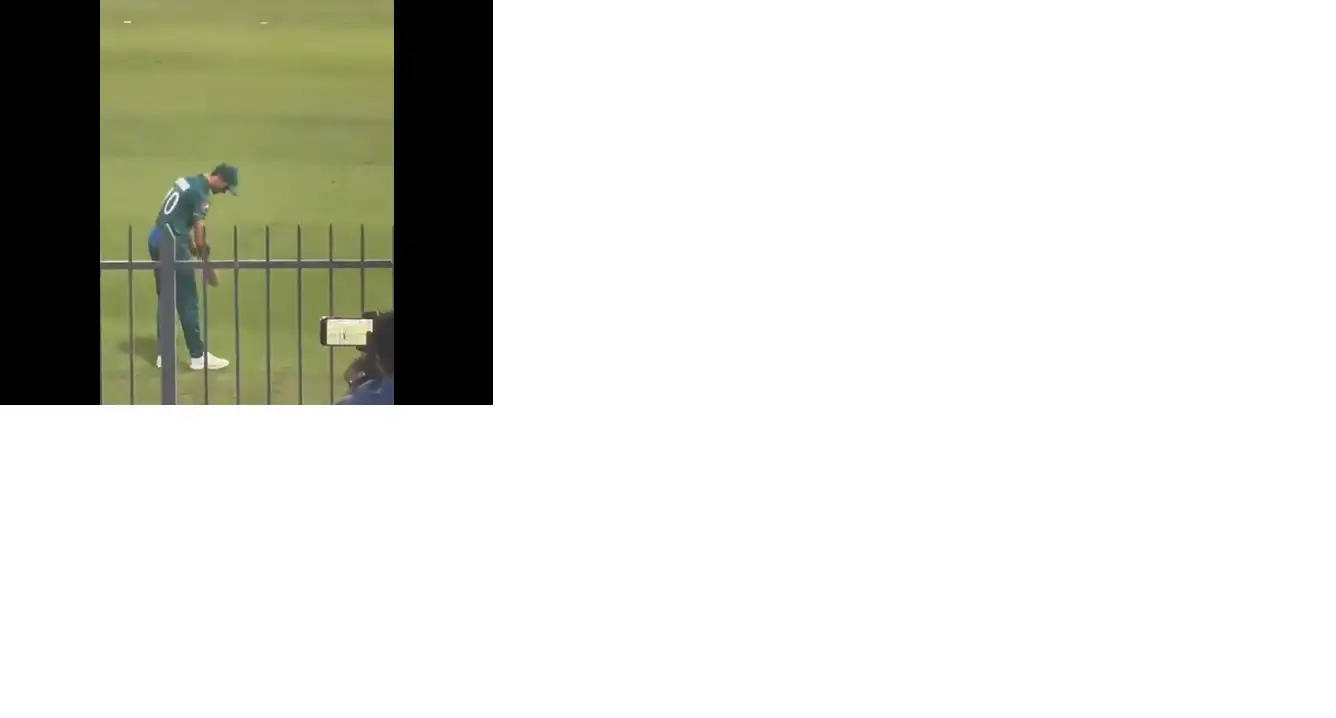 Pakistan pacer Shaheen Afridi has been at his best in the ongoing T20 World 2021. The highlight of his remarkable form was when Pakistan cruised to a comfortable 10-wicket win over arch-rivals India in the opening match of the prestigious tournament on 24 October in Dubai.

In the campaign opener against India, he rose to the occasion by dismissing Rohit Sharma for a golden duck, KL Rahul for 3 and later went on to dismissing India skipper Virat Kohli, for 57.

Pakistan's win over India proved to be the perfect beginning to the Super 12 stage as the Babar Azam led side went on to win all its five matches in the round.

While Pakistan moved on to a winning path, India on the other hand, lost to New Zealand a week later in their second outing and crashed out of the competition despite wins over Afghanistan, Scotland and Namibia.

Ahead of Pakistan's match against  Australia in the second semi-final on Thursday, a video of Shaheen Afridi is doing rounds on social media.

In the video, fans can be heard chanting the names of Indian batsmen - Rohit Sharma, KL Rahul and Virat Kohli, to which Afridi responds by performing a mock-lbw dismissal, imitating Indian openers dismissals.