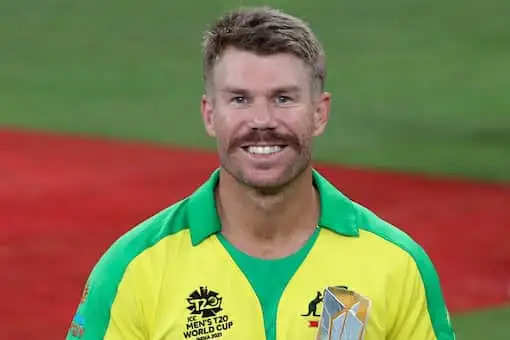 Australia lifted their first-ever ICC Men’s T20 WC trophy beating rivals New Zealand in the final on Sunday night in Dubai. The Aussie star was under-fire for his dip in form in the lead-up to the tournament. 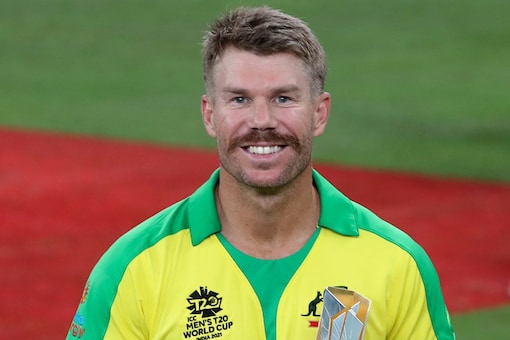 Australia chased down 173 in 18.5 overs for an eight-wicket win at the Dubai International Cricket Stadium. The opener finished with 289 runs from seven innings - the second most in the tournament - at an average of 48.16 including three half-centuries.

He was chosen as Player of The Tournament for his effort with the bat after Kohli won the title for in the previous two editions of the event (2014 and 2016).

“I always felt good, for me it was about going back to basics, getting on some hard, synthetic wickets in order to hit volumes of balls," Warner said during the presentation ceremony.

Warner also praised his teammates. “These are a great bunch of guys, great support staff, and great support around the world, especially back home," he said.

The 35-year-old said, “Always pumped, wanted to put on a spectacle. There were some nerves around as always in a final but great to see the guys deliver," he said.

Australia captain Aaron Finch was all praise for his opening partner Warner saying he delivers when people write him off. “Can’t believe people wrote him off saying he was done (Warner). That’s when he plays his best cricket. Was almost like poking the bear," Finch said.