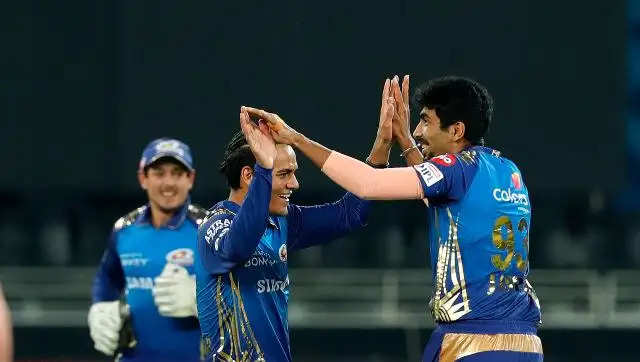 India got off to a disappointing start to the ICC's mega event with two consecutive defeats to Pakistan and New Zealand. However, better late the never! India found its way back on track with a 66-run win over Afghanistan on November 3 and an 8-wicket win over Scotland today, November 5.

On Friday, the Men in Blue defeated Scotland by eight wickets at the Dubai International Cricket Stadium keeping their hopes alive for sealing a place in the semi-finals.

After winning the toss and opting to field first, India did an excellent job, restricting the Scots to a mere 85 in 17.4 overs, while India itself wrapped-up the chase in 6.3 overs. With the big win, India went to No.3 in Group 2, and got their net run rate up to 1.619. India's smashing performance left fans and expert taking to Twitter.

Them: Indian fans shouldn't get excited with this win. Their qualification isn't in their hands etc..
Meanwhile us 😏: #INDvSCO #T20WorldCup pic.twitter.com/qGLm9Ut0xP

India's fate in T20 World Cup 2021 depends on Afghanistan and it will be decided on November 7th, Sunday.

India (1.62) now has a better NRR than Afghanistan (1.48). It's all onto Afghanistan Vs New Zealand and India Vs Namibia game.

India needed to chase the target down in 7.1 overs to take their NRR above that of Afghanistan and New Zealand. They have done that in 6.3 overs. Everything for the Indian fans depends on one match now!#INDvSCO | #T20WorldCup