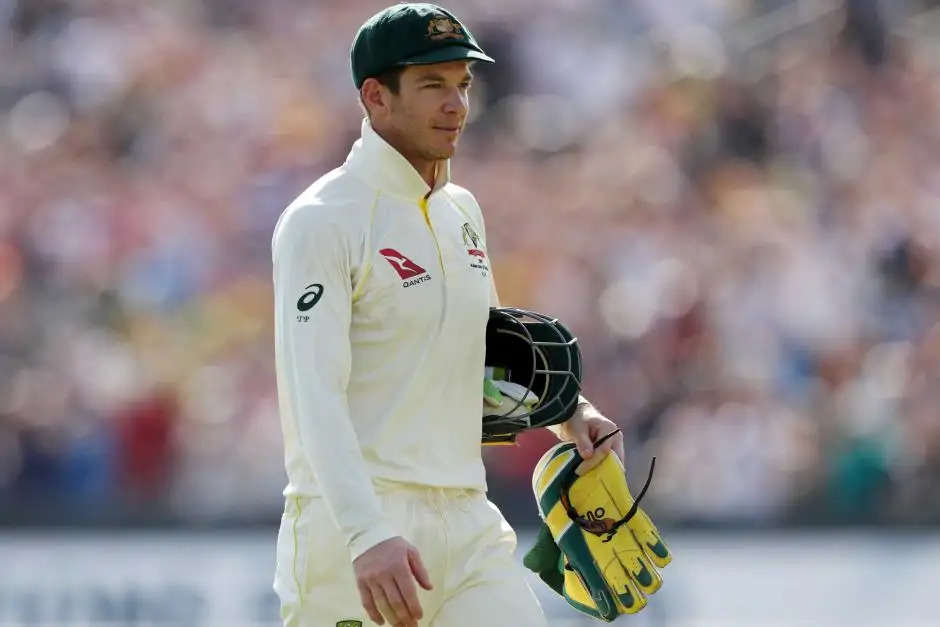 Tim Paine has stepped down from Test captaincy after being engulfed in a 'sexting' scandal. The 36-year-old cricketer announced the shocking news at a press conference in Hobart on Friday just weeks before Australia takes on England in the Ashes series.

CA Chairman Richard Freudenstein said, "Tim felt it was in the best interests of his family and Australian cricket to take this decision to step down as captain.

"While the board acknowledges an investigation cleared Tim of any breach of the code of conduct regarding this matter some years ago, we respect his decision. CA does not condone this type of language or behavior.

"Despite the mistake he made, Tim has been an exceptional leader since his appointment and the board thanks him for his distinguished service. Tim will continue to be available for selection in the Test team through the Ashes summer."

Paine made the announcement at a press conference as he said:

"Today, I'm announcing my decision to stand down as the captain of the Australian men's test team. It's an incredibly difficult decision, but the right one for me, my family, and cricket," Paine stated.

"As a background on my decision, nearly four years ago, I was involved in a text exchange with a then-colleague. At the time, the exchange was the subject of a thorough CA Integrity Unit investigation, throughout which I fully participated in.

"That investigation and a Cricket Tasmania HR investigation at the same time found that there had been no breach of the Cricket Australia Code of Conduct. Although exonerated, I deeply regretted this incident at the time, and still do today. I spoke to my wife and family at the time and am enormously grateful for their forgiveness and support. We thought this incident was behind us and that I could focus entirely on the team, as I have done for the last three or four years.

"However, I recently became aware that this private text exchange was going to become public. On reflection, my actions in 2017 do not meet the standard of an Australian cricket captain, or the wider community. I'm deeply sorry for the hurt and pain that I have caused to my wife, my family, and to the other party. I'm sorry for any damage that this does to the reputation of our sport.

"And I believe that it is the right decision for me to stand down as captain, effective immediately. I do not want this to become an unwelcome disruption to the team ahead of what is a huge Ashes Series."