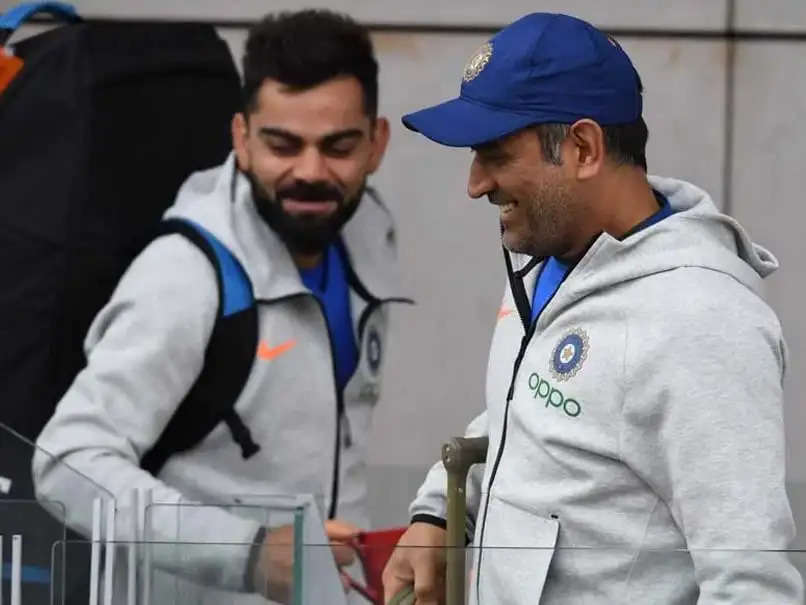 Speaking ahead of the final game of the three-match series, red-ball captain Virat Kohli gave his backing to the 24-year-old Rishabh Pant and also revealed advice given by former skipper MS Dhoni.

Kohli said that he has already spoken to Pant during training and the India Test captain believes that the swashbuckling batter would improve on his shortcomings.

"We had a conversation with Rishabh during practice. A batter knows if he played the right shot according to the situation. As long as an individual accepts that responsibility (it should be fine). I think that's how progress happens and everyone has made mistakes in their career and got out in important situations. Sometimes due to our fault and sometimes due to the pressure. Sometimes due to the bowler's skill also", he said during a virtual press conference on Monday.

"It is important to know that what was your mindset in that moment. What decision did you take and where was your mistake. I think only after accepting our mistake, we improve and will make sure that it isn't repeated again", he further added.

"At the beginning, MS Dhoni told me that between two mistakes, there should be at least 7-8 months' gap. Then only your career grows in international cricket. So that has always remained in my system, that I won't repeat my mistakes again and again. That happens when you reflect on your mistakes", he said.

"That is something which Rishabh does by himself and I know it. He will definitely keep on improving in the future. He will make sure that in important situations, he will be there for the team and put in a good performance and also learn from his mistakes."