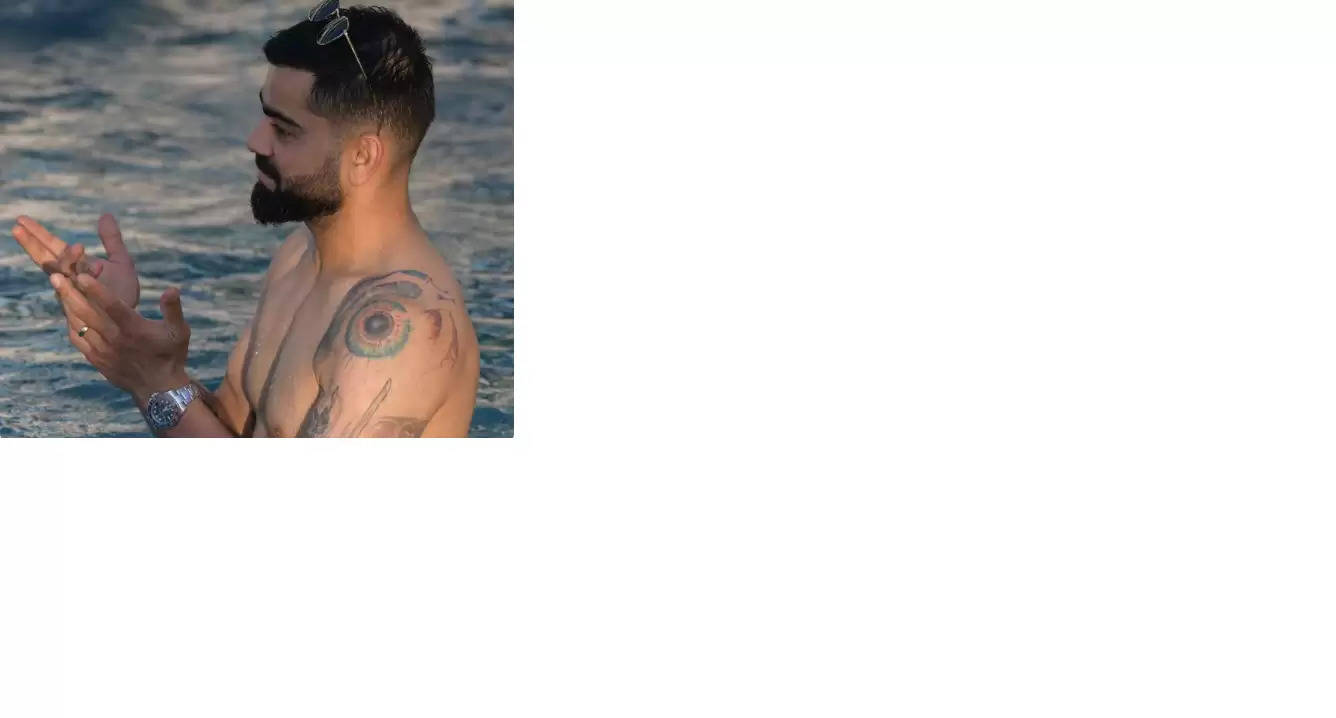 On Sunday, Virat Kohli led Royal Challengers Bangalore defeated Rohit Sharma led Mumbai Indians by a whopping 54 runs in the 39th match of Indian Premier League 2021. With RCB finding it's way back to top four teams in the points table, over a past few weeks Kohli has seen many ups' and downs' in a very short span of time. Recently, the Team India skipper announced the news of stepping down from India's T20 captaincy and just days later he also announced that he would quit RCB's captaincy after the league.

With a much needed break, Virat Kohli was seen enjoying a pool session. The 32-year-old has always remained in the news for various reasons, be it his captaincy, fan following or endorsements. He is one of the primary reasons why India is one of the fittest and best fielding units in the world. He has been a motivation factor behind Team India's splendid fitness and form.

RCB, who lost two back-to-back matches in the UAE leg, finally bounced back to a winning track when they got the better of the defending champions. With a win and momentum on RCB’s side, the players were upbeat and hence decided to unwind in a swimming pool. Kohli was seen shirtless while donning black shade on his head and a swanky watch.

A video and pictures are going viral with fans loving every bit of it.

KING IS A DIFFERENT VIBE AFTER ALL.Gave is all in last 3 days now deserves to relax most.All the best for the next game @imVkohli love you the most my 🌍🐐👑 pic.twitter.com/MOQiFGCZsx