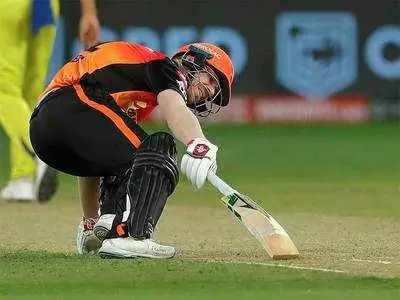 Sunrisers Hyderabad first removed David Warner from the captaincy and then dropped him from the playing XI. David Warner has been associated with the franchise for a long time and has been a loyal player of the franchise who earned alot of respect. But, the former Australia captain did not receive the same treatment this season and there are speculations that Warmer may not be part of the franchise in the next season of IPL.

Yesterday, a social media post by Warner has almost confirmed he will be leaving the franchise. Expressing his gratitude towards the fans, the ex-SRH skipper wrote, “Thank You for the memories created. To all the fans, you have been a driving force for our team always to give 100%. I can’t thank you all enough for the support shown. It’s been a great ride. My family and I are going to miss you all!!”

David Warner is a big name when it comes to limited overs cricket and franchises are ready to invest big money on him in the mega auction next season. A report from a sports journal claims that the Australian opener has already been approached by multiple teams ahead of IPL 2022. It is believed that franchises have been shocked by SRH’s treatment of Warner and want to pounce on the opportunity to sign him. The report further states that Tom Moody’s aspirations to become Team India’s coach after Ravi Shastri’s exit.