On Wednesday, Royal Challengers Bangalore with a 7-wicket win over Rajasthan Royals has maintained a solid place in the top four teams in IPL till now. RCB has managed to keep a close check on their bowling unit with a strive for perfection.

Against Rajasthan, RCB bowler Harshal Patel broke IPL record for most wickets by an uncapped player in a season.

Harshal now the purple-cap holder in the 14th edition of the league achieved the feat after he picked up three wickets in the final over of Rajasthan innings and helped restrict the opponent to 149/9.

Yuzvendra Chahal (RCB) who till now owned the record with 23 wickets in 2015 edition, but with Harshal reaching a tally of 26 wickets helped him surpass his teammate.

Since his IPL debut in 2012, Harshal has grabbed 72 wickets in 59 matches including a five-wicket haul that came up in the India leg of IPL 2021 against Mumbai Indians earlier this year. 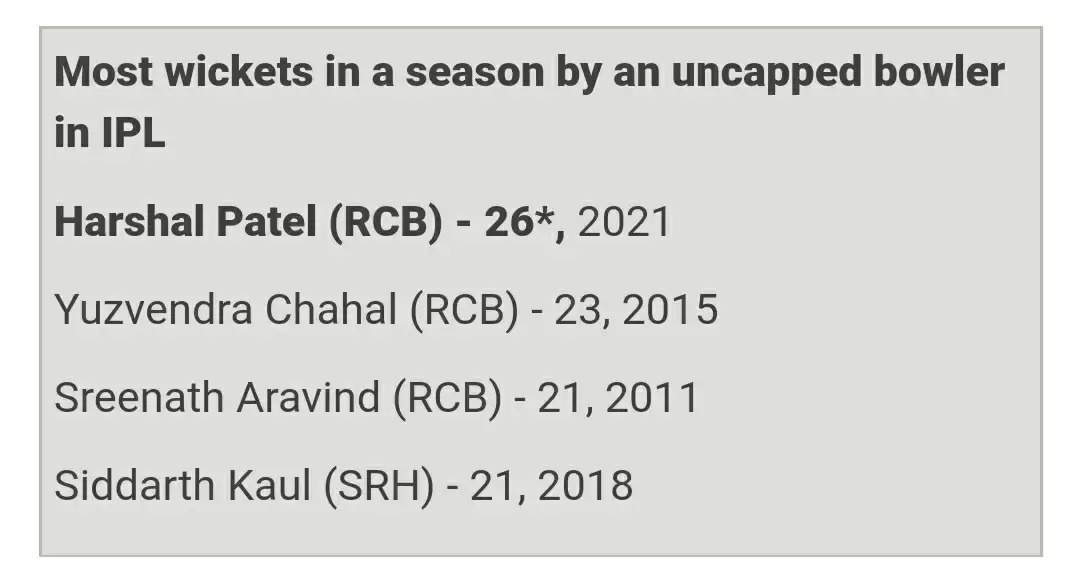 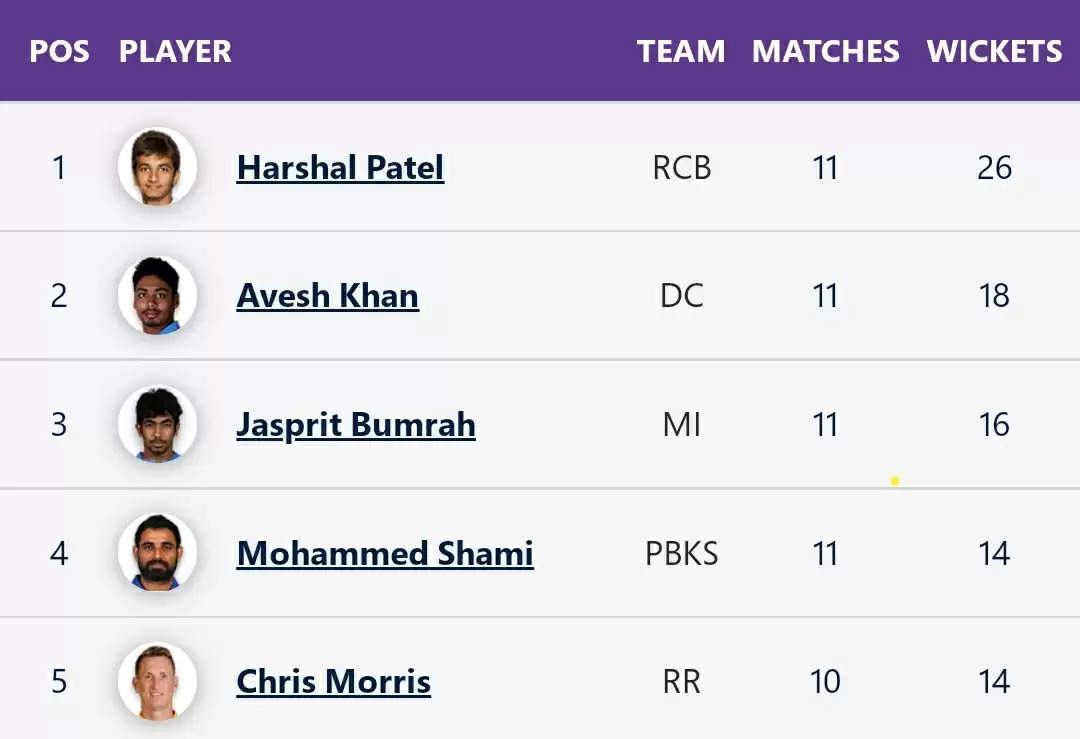