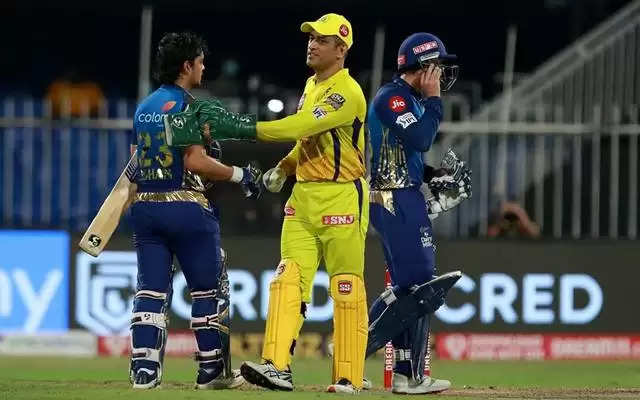 Yet another brilliant game witnessed in Dubai after MS Dhoni led CSK defeated Rohit Sharma led MI in the opening match of IPL 2021 phase 2. After the captivating win, Chennai now leads the Points Table with 12 points while Mumbai remains in the fourth position with 8 points.

It seemed like a dead-end for CSK after losing five wickets in the first week overs of the innings with Faf du Plessis, Moeen Ali and Ambati Rayudu getting dismissed on duck. However, opening batsman Ruturaj Gaikwad ignoring all hurdles focused on his game and remained unbeaten with 88 off 58 balls. Ravindra Jadeja (26 off 33 balls) and Dwayne Bravo (23 off 8 balls) helped the side to a 156/6 score.

One might believe CSK lost track after top order collapse but made a brilliant comeback after restricting Mumbai from scoring big numbers. Saurabh Tiwari remained highest scorer for Mumbai with a half-century followed by Quinton de Kock (17) and Anmolpreet Singh (16). MI succumbed to 136/8 and lost the match by 20 runs.