IPL 2021: Hardik Pandya returns to nets, Zaheer Khan informs when the all-rounder will mark a comeback 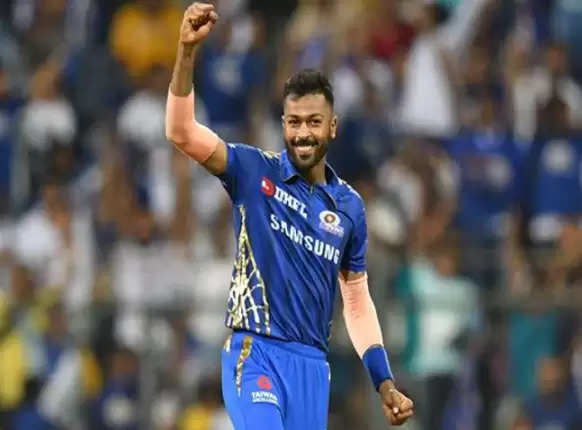 The Rohit Sharma led five-times IPL champions Mumbai Indians have had a rough start to the second leg of the league with two failed matches played so far. Mumbai's first encounter was against MS Dhoni led CSK which MI lost while the second match was against KKR which too the side failed to win. From total 9 matches played so far in the 14th edition of IPL, Mumbai Indians have lost 5 and are now in the fifth position of the points table with 8 points.

Rohit Sharma and Hardik Pandya who had suffered injuries were forced to miss out on the first match. While Rohit returned to the squad after missing first game against Chennai, Hardik Pandya may yet again be benched for MI vs RCB, while his fitness remains a matter of concern for the team.

Mean while, it has been learnt that Hardik Pandya is making a steady recovery and may soon be declared fit to play. Mumbai Indians Director of Cricket Operations Zaheer Khan gave an update on the cricketer's health and stated that Pandya has started practicing and the team management will soon take a decision on whether he'll play against RCB or not.

"Well, we have a practice session lined up today and we will see how it goes and then we will take a call. He has started practicing, that is what I can share with you guys, we hope that he will be fit and fine available for the clash against RCB," said Zaheer during a virtual pre-match press conference.

"This team certainly knows how to perform under pressure." 💪💙

Mumbai Indians are scheduled to play their thrid match of the UAE leg on Sunday against Virat Kohli led RCB. RCB too has been sailing on the same boat as MI, having lost both the matches played so far in the phase 2 of the tournament, the team has slide down to the third place of the points table with total 10 points.