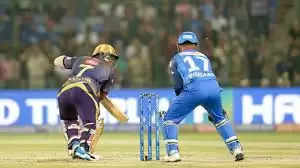 Sharjah once again witnessed thrilling performances from table topper Delhi Capitals and Kolkata Knight Riders on Wednesday evening where KKR defeated DC by 3 wickets with one ball remaining undelivered. Kolkata who have had a bumpy ride throughout the season faced seven wins with equal number of lost games. Kolkata had a close competition with Mumbai Indians to seal a place in the playoffs. After beating RCB and DC, Kolkata now finds itself competing against MS Dhoni led Chennai Super Kings for the IPL title in the final match to be held on Friday, 15 October.

Delhi Capitals who toggled between top two positions throughout the season played brilliantly. DC skipper Rishabh Pant who delievered the best in every possible way, was visibly emotional after lthe match. But he should be proud to have carried his team this far.

"Can't change anything after the match. Always we kept on believing, and stayed in the game for as long as possible. The bowlers pulled it back. They bowled really well through the middle overs. We were stuck, and unable to rotate the strike. Hopefully we can come back next year for a stronger season. We played really good cricket throughout the season. We stuck together, and cared for each other. Hopefully we will improve next year and come back strongly." said Rishabh Pant after the match.

Chasing the target of 136 runs, KKR openers Venkatesh Iyer (55) and Shubman Gill (46) gave strong 96-run opening partnership. Iyer got to his third fifty of the season while Gill fell 4-run short to a half-century. Despite losing 4 batsmen on duck, KKR held the game strong.

DC bounced back towards the end with back-to-back wickets and economical bowling. KKR needed 7 runs in the final over where Ravichandran Ashwin bowled first four balls brilliantly and got two wickets but Rahul Tripathi sealed the show with his winning six on the fifth ball against the off-spinner.

WHAT. A. FINISH! 👌 👌 @KKRiders hold their nerve and seal a thrilling win over the spirited @DelhiCapitals in the #VIVOIPL #Qualifier2 & secure a place in the #Final. 👏 👏 #KKRvDC