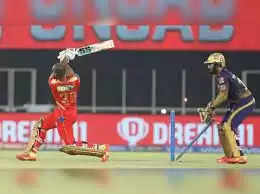 Dubai once again witnessed a thrilling match between Punjab Kings and Kolkata Knight Riders on Friday evening with PKBS winning the game by five wickets.

The day started with Punjab winning the toss opting to bowl first. Despite, a brilliant batting performance from Venkatesh Iyer, who scored 67 off 49 balls failed to fetch a win for his side. Rahul Tripathi was the second highest scorer for Kolkata with 34 runs followed by Nitish Rana who managed 31 runs. With great efforts KKR piled up a 165 total, but witnessed a failure on bowling front, who stalled to restrict the Punjab's from reach their target.

Punjab with brilliant batting performance from opening pair KL Rahul (67) and Mayank Aggarwal (40) helped that side reach their target on time. 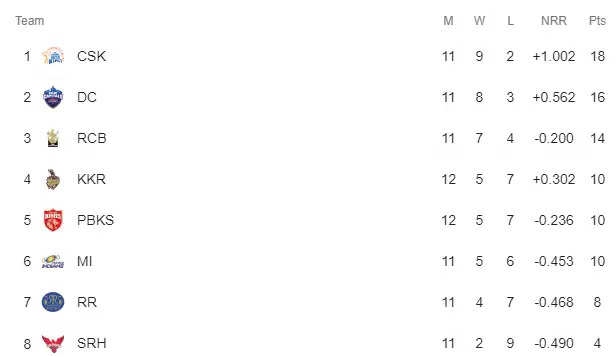 After match-45, KKR is in 4th place on the points table with 10 points followed by PBKS who also have 10 points. Five-times IPL champions have slide down to 6th place with also 10 points. With CSK already qualifying for the playoffs and the prospects of DC and RCB looking strong to make the playoffs. The competition gets tougher for the remaining teams.