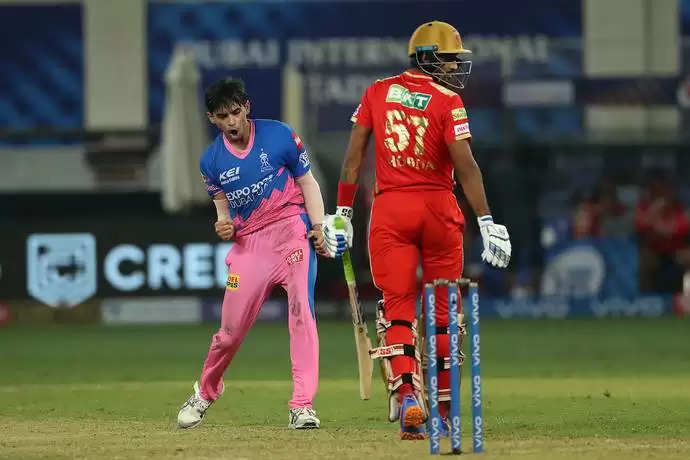 On Tuesday, Rajasthan Royals registered their fourth win of IPL 2021, defeating Punjab Kings by merely 2 runs in a close match. Punjab's brilliant batting led by Mayank Agarwal and Skipper KL Rahul dominated the match but it had been the consistent show from Rajasthan's batting order that saved the day.

With the thrilling performances from both teams, RR managed to pull off a two-run win leaving Punjab blown away. However, the intense clash between the two teams was not just limited to the field. RR and Punjab Kings got involved in a hilarious banter on Twitter and their ‘form’ left fans in splits.

It started with Punjab taking a dig at Royals for dropping catches on the field.  K.L. Rahul’s catch was dropped three times giving him a chance to score 49 runs before getting dismissed on Chetan Sakariya's ball.

“And finally, RR holds onto a catch tonight," Tweeted Punjab Kings after their captain’s dismissal.

At this point, Punjab Kings looked in complete control of the match, however, the match ended in RR’s favour and it was their time to get sweet revenge. The franchise came with an epic reply and Tweeted, “Held our nerves too."

Held our nerves too. 😉 https://t.co/vfBOfPwAOS

Fans loved the bantering between the two sides that attracted over 7,000 likes on Twitter.