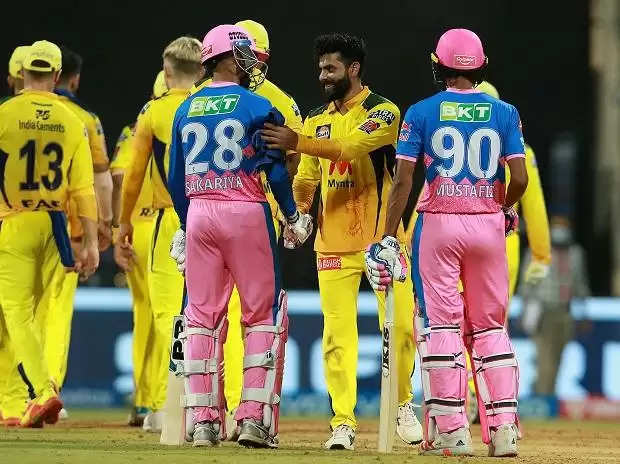 A job well done as Rajasthan Royals grabbed their second consecutive win after defeating Chennai Super Kings at Sheikh Zayed Stadium on Saturday evening. The today started off with Rajasthan winning the toss and opting to bowl.

Ruturaj Gaikwad with a brilliant century helped Chennai to a decent total - 189/4. The side remained focused throughout the game with Ravindra Jadeja scoring 32, Faf du Plessis scored 25 and Moeen Ali hit 21 runs. Despite a good score, CSK failed to restrict RR from scoring big numbers.

Rajasthan maintained a momentum with numbers on the score board. Shivam Duke remained the highest scorer for the side with 64 runs followed by Yashasvi Jaiswal who scored a half century. Sanju Samson hit 28 runs while Evin Lewis scored 27. Glenn Phillips finished off for the side with 14 off 8 balls, reaching their target in 17.3 overs.