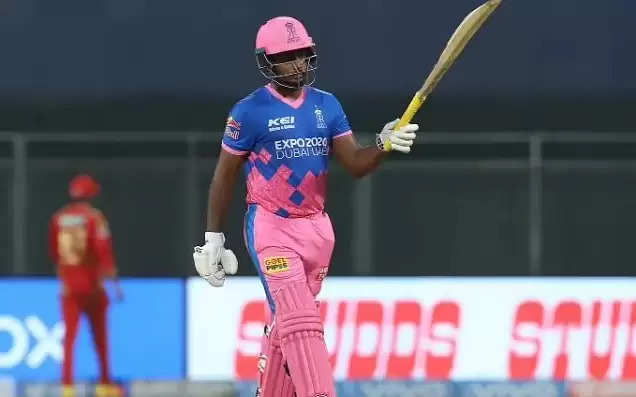 As Sunrisers Hyderabad and Rajasthan Royals battles it out at the Dubai International Stadium with SRH needing 41 off 36 balls in the final phase of the match. Rajasthan Royals skipper and wicket-keeper batsman Sanju Samson dethroned Delhi Capitals' Shikhar Dhawan in Orange Cap leadership. Sanju Samson smashed a quick 57-ball 82 against Hyderabad to guide Rajasthan Royals to 164/5 score. Samson overtook Shikhar Dhawan in the race to the Orange Cap, and now has 433 runs from 10 games at an impressive average of 54.12. His 82-run score comprised of 7 fours and 3 sixes at an impressive strike rate of 143.

Meanwhile, Shikhar Dhawan and KL Rahul continued to keep their place in the top 3. The duo have completed 400+ runs in IPL 2021. Other players in the top 5 list are CSK’s Faf du Plessis and Ruturaj Gaikwad. Till now Shikhar Dhawan led the chart with 430 runs and held the Orange Cap, but now Sanju Samson's brilliant innings introduced a big change to the chart.