Players who will shine in the next IPL auction; Big money can be spent on them! 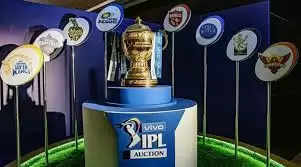 10 teams will play in IPL 2022 while the mega auction is to be organized ahead of the season. The addition of two new teams is expected  to make the tournament even more exciting. However, the two new franchises will have to include most potential players in order to give equal competition to the existing teams. For the same reason, fortune of many players can shine in the upcoming auction as franchises get ready to invest big money.

Charith Asalanka is a Sri Lankan batsman who scored 231 runs in 6 matches. In the match against Bangladesh, he played a powerful innings of 80 runs in 49 balls. Looking at his calibre, IPL franchises can bid big money on Charith Asalanka in the mega auction to be held ahead of IPL 2022.

Pathum Nissanka is the best batsman of Sri Lanka, whose performance has been excellent so far. Considering his brilliant form, he can prove to be an expensive player in the IPL auction.