Kyle Jamieson Ruled Out Of 3rd Test With Injury!! 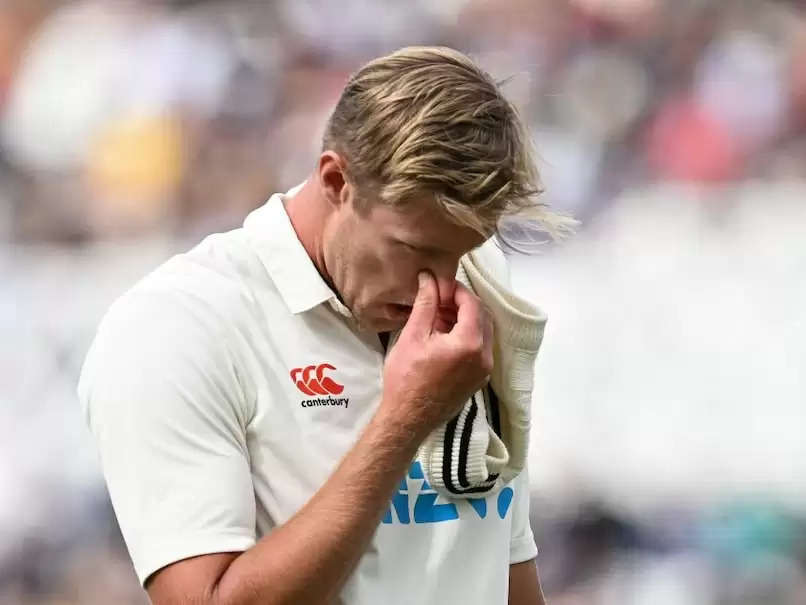 After losing the series in Nottingham on Tuesday, New Zealand will be without injured pace bowler Kyle Jamieson for the third and final Test against England. Jamieson will return home after a scan revealed a stress reaction in his lower back, which he suffered while bowling on the third day of the second Test at Trent Bridge, handing England an unassailable 2-0 lead. Jamieson will need four to six weeks of rest before beginning a rehabilitation programme, according to coach Gary Stead, with a return to play scheduled for September or October.

Blair Tickner, a pace bowler who was part of the squad during their early tour games, The item has been recalled and will be delivered to Leeds.

Tickner has played 10 limited-overs internationals but has yet to play a Test match.

Cam Fletcher was ruled out of the tour after suffering a hamstring injury while acting as a reserve fielder for Jamieson on day four at Trent Bridge, forcing New Zealand to make another, less significant change.

Dane Cleaver, who, like Fletcher, is uncapped in any format for New Zealand, will take his place.

With the towering seamer having burst onto the scene last year and taken 72 wickets in his first 16 Tests, Jamieson's departure is a major blow to the tourists' hopes of salvaging series pride at Headingley.

He bowled sharply in the first Test loss at Lord's, lodging match figures of six wickets for 99 runs.

His presence was keenly missed on the final day at Trent Bridge, as England powered to 299 for five, with Jonny Bairstow (136) and captain Ben Stokes (75 not out) unleashing aggressive knocks against a flagging New Zealand attack.

"Kyle had played such a big role in the first Test at Lord's and I know how disappointed he was to have had his involvement in the second Test curtailed," Stead said.

"He's obviously a huge asset for us and we'll be making sure we are patient with his recovery to ensure he returns fully fit with plenty more important cricket still to come later this year."